You are here: Home / About

What is the Pre-Trib Research Center About?

In 1991 Dr. Tim LaHaye became concerned about a perceived swaying from the pretribulational doctrine. In 1992 Dr. LaHaye released his book on the rapture: No Fear of the Storm from Multnomah Press. It was re-released in 1998 as Rapture Under Attack. In the process of preparing the first edition of his rapture book, Dr. LaHaye was impressed with the gatherings of the Albury Park and Powerscourt Conference in Britain during the late 1820s and early 1830s where leaders gathered to discuss issues relating to Bible prophecy. Dr. LaHaye contacted Dr. Thomas Ice and discussed the possibility of calling a similar meeting for December 1992. This meeting came about in Dallas with about 35 top prophecy scholars, authors, and populists participating in the three-day event. The group adopted the title of The Pre-Trib Study Group (PTSG). Dr. LaHaye was elected Chairman of the steering committee and Dr. Ice Vice Chairman. 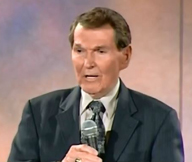 At the next year’s meeting, December 1993 in Dallas, The PTSG elected Dr. Ice to become full-time Executive Director of the newly formed Pre-Trib Research Center (PTRC). The PTRC was conceived by Dr. LaHaye for the purpose of encouraging the research, teaching, propagation, and defense of the pretribulational rapture and related Bible prophecy doctrines. PTRC began functioning in the offices of Dr. LaHaye’s Family Life Seminars in Washington, D.C. in March 1994. The office over the years has moved around to wherever Dr. Ice has resided. Currently the Center is located at Calvary University in Kansas City, MO where Dr. Ice teaches on faculty. The PTRC has sponsored the annual PTSG meeting in December of each year. This year’s meeting in Dallas will be the 27th meeting of the conference.

The Pre-Trib Research Center is involved with most of the top prophecy scholars, authors, and popularizers who are members of the Center and Study Group. The association of these prophecy experts, which have been facilitated by the Pre-Trib organization, has contributed to the inspiration of dozens of books, articles, conferences, movies, and events that express and defend the literal interpretation of Bible prophecy and the pre-trib rapture. PTRC and the Study Group have worked to bring together veteran prophecy experts to share their knowledge and encouragement concerning these matters to a younger generation of students and advocates. In this way the torch is being passed to a new generation.

Dr. LaHaye and Dr. Ice, along with others associated with PTRC, have produced an impressive amount of literature that further the cause of pretribulationism and the literal interpretation of Bible prophecy. The PTRC is also involved in speaking at prophecy conferences and churches, producing key audio tapes, and now with the advent of this Internet site, providing various materials here as well. Dr. LaHaye went home to be with the Lord July 25, 2016 at age 91. The PTRC continues to pursue the goals he originally established for the Center.

PTRC wants to impact Pastors, leaders and individual Christians with the central role and importance that Bible prophecy, especially the any-moment possibility of the rapture, should play in the life of the believers. Dr. LaHaye and PTRC stresses three practical implications that flow from the rapture teaching. The first implication of pretribulationism is that it leads to godly living in an unholy age. Next, this New Testament teaching promotes a strong emphasis upon evangelism of the lost. Finally, when believers come to understand this eternal perspective, it leads to a zeal for worldwide missions. This is why we at the PTRC are "looking for the blessed hope and the appearing of the glory of our great God and Savior, Christ Jesus." (Titus 2:13)